What is a probiotic?

Probiotic bacteria are microorganisms that are found in unstressed, healthy animals. These include, for example, lactic acid bacteria that are found in yoghurt or in other milk products. These useful bacteria are ingested with the food and create a natural equilibrium in the intestines, the so-called intestinal flora. They are specific to each animal.

The bacteria produce essential nutrients that the higher organism cannot create itself. Moreover, they help to better utilise the ingested food and eliminate pathogenic bacteria such as salmonella, coccidian, hexamites, E. coli or yeast bacteria from the intestines.

A dietary supplement that contains such living, useful bacteria is called probiotic.

Stress, changeover of fodder, antibiotic therapies or simply an incorrect, unbalanced feeding can quickly lead to changes in the natural equilibrium and thus a deterioration of the intestinal flora. The food is no longer optimally utilised, the immune system is weakened and the pigeon loses the ability to protect itself against intestinal illnesses. The result is a loss of vitality, whereby performance is extremely diminished.

Because the intestinal flora is specific for different animals, probiotica that are suitable for humans are not necessarily good for animals. The concentrations of probiotic bacteria contained in milk products like yoghurt, for example, are far too low to be able to actively populate the intestines.

Modern biotechnology now makes it possible for different types of animals to produce specific bacteria that are capable of actively populating the intestines.

The product Probac 1000 and Probac Energy contain specific combinations of microorganisms specific to pigeons in a micro-encapsulated form and distinguish themselves in particular through two decisive qualities:

1.) Acid resistance and 2.) the ability to actively populate in the small intestines of the pigeon, which is only a few cm long, unlike human intestines. In addition, Probac has a decisive advantage in comparison to other medicines: it does not have to be deep frozen; instead it can be stored at room temperature! 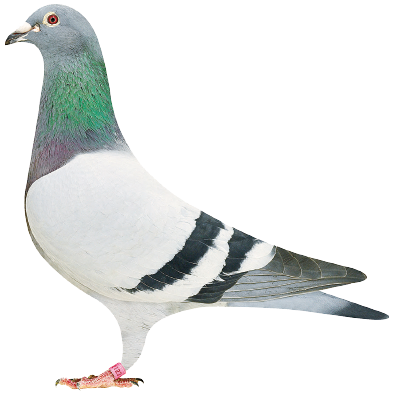